Interview with the author (iii)--Native America? 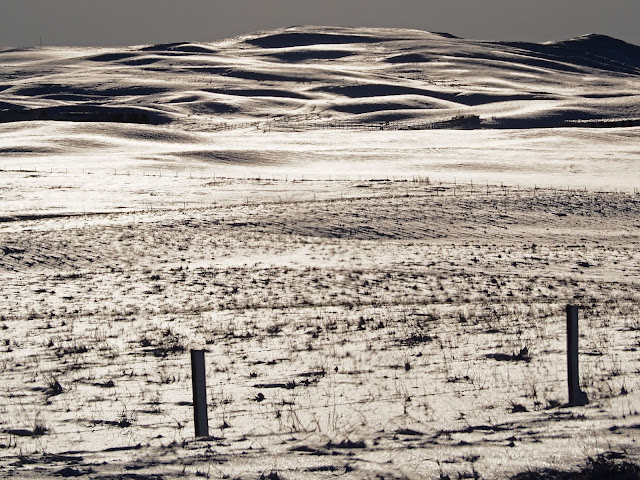 There’s some Native American things here. Is that new for you?

Not totally. Touches the Sky is a novel that includes the something of the massacre at Wounded Knee. It’s a 19th century novel. Looking for Dawn is quite contemporary. I’ve been really interested in Native American history and culture for quite some time now—and it’s not over.

And where does that come from?

I’m not sure I understand that myself. I’ve been surrounded by “Sioux-This” and “Sioux That” for the last forty years, but no real Lakota people. That plays some role, I’d say. You know—Sioux Center, Sioux County, Big Sioux River, Little Sioux River, Sioux City, Sioux Rapids, Sioux Falls—and nary a Sioux around. Here and there a Winnebago, but I don’t know that I’ve ever met a Lakota man or woman anywhere close. I think my interest began with the Ghost Dance.

A religious movement that swept throughout the west, most every reservation, but played something of a role in the Wounded Knee Massacre. I was born into what I’m recognizing more and more to be a very religious home—and, just for the record, I’m not at all angry about that. It’s that religiosity that piques my interest in things like the Ghost Dance—I want to know more and more. That interest led to the earlier novel, Touches the Sky, and it didn’t abate, really. I did some feature journalism for an old, well-established Christian Reformed mission enterprise in New Mexico, Rehoboth, just out side of Gallup, and a century-old mission at or in the Zuni pueblo. Through long interviews with families on those reservations, I began to understand more about Native American mission enterprises—both the horrors they brought to American Native populations, but also the blessings they created—and there were blessings. And there were horrors! There were both.

Christian mission among the indigenous in America created some blessings?

Yes, but that’s an issue for another time. Let me just say that paradox has always interested me. It sits at the bottom of everything. An old Dutch-American preacher-friend, born on the Rosebud Reservation, I might add, used to say that truth is never a circle (I’m sure lots of Lakota would argue with that, but I’ll let it sit). It’s always an ellipsis—it has two centers, not one. Christian missions created horrors on Native reserves and reservations, but they also delivered some really significant good things--two centers, two truths.

Be that as it may, I’ve come to believe that one of Christianity’s greatest sins when it came to Native missions was not listening, just talking, just preaching, just believing that we white folks were burdened with these poor people and had to do something about making them into our own likenesses.

All of that’s in Looking for Dawn?